Oculus Rift vs Rift S: Should You Upgrade?

On May 21st, Facebook made a huge splash in the world of virtual reality by releasing two new headsets - the Oculus Quest and the Oculus Rift S.

The Oculus Rift S is one of the most powerfully immersive virtual reality headsets yet. Photo courtesy of Oculus.

While there’s a lot of excitement out there about both headsets, the Oculus Quest has received even more news coverage than the Oculus Rift S - this is because takes "standalone" VR to the next level by offering high-quality virtual experiences without a computer (update as of January 2020: Oculus Link is now in beta, which enables users to plug their Oculus Quest into a computer, essentially turning it into a Rift S. Learn more about the beta here).

On the other hand, the Rift S builds upon the immersive, computer-connected VR ecosystem that made the original Oculus Rift such a great choice for architects, engineers, and construction professionals.

We’ve already announced our support for the Oculus Quest and explained why we’re so excited about it, but did you know that IrisVR also natively supports the Oculus Rift S? In fact, it’s currently our recommended headset for top-tier VR experiences.

If you’re looking to upgrade to a Rift S, or purchase it as your first headset, you may be wondering what differentiates the Rift S from the original Rift - and what the pros and cons of this headset are in general.

Having worked with the Rift S for several months now, we’ve gathered all the pros and cons into one list. Check out this infographic listing the pros and cons, and read on to learn more details - and why we’ve decided to recommend the headset to so many of our customers.

Update: The Oculus Link platform, which will allow the Oculus Quest to run Rift and Rift S content using a simple USB-C cable, is now in beta. You can learn more about connecting your Quest to a PC here.

The Pros of the Oculus Rift S

In general, we’ve had very positive experiences with the Rift S, and see it as a huge step up from the original Rift. Here are some of the reasons why:

Unlike the original Oculus Rift, which used external sensors to track the position of the controllers and headset, the Rift S uses “inside-out tracking” with cameras built into the headset itself.

That means the headset offers an easier, faster setup than the original Rift - just plug the headset into your VR-ready computer and get started. On average, the first-generation Oculus Rift took around 30 minutes to set up for the first time, while the Rift S should take around 15.

In addition to its upgraded tracking capabilities, the Rift S also offers an improvement in visual quality over the original Rift.

Due to its usage of an LCD panel rather than OLED, the Rift S features:

The Rift S’s physical design - which was handled by Lenovo - is more comfortable than the original Rift.

While some users reported comfort issues with the original Rift’s headstrap, the Rift S’s “halo”-style headstrap puts comfort first and foremost. In addition, the headset offers more space for users with glasses - sidestepping certain issues that would arise when wearing glasses below the original Rift. The Rift S even includes a longer HMD cable (5 meters long over 4 meters with the original model), allowing for a more spacious and more comfortable playspace.

As for the controllers, the Rift S also features an improved, comfort-centric design. These Oculus Touch controllers are almost the same as the ones that come with the Oculus Quest. If you’ve used an Oculus Rift before, you may notice that these controllers look similar to the originals - but with the “loop” design flipped.

Given all of these changes, it’s clear that comfort for longer gaming sessions and professional usage was a key consideration for Oculus and Lenovo.

Oculus is focused on making the Rift S more accessible for more people than the original Rift was. According Oculus VP of Product Nate Mitchell, that’s part of why they partnered with Lenovo on the release: to “bring the product to market faster” and “make it more affordable.”

Another way Oculus has shown their commitment to accessibility with the Rift S was by lowering its launch price in comparison to the original Rift.

While the original Rift released for $599 initially, the Rift S has hit the market for just $399.

The Cons of Oculus Rift S

Though we think the Rift S is a great product and recommend it for many use cases, there are certain aspects of the headset that some users have had difficulty with.

We don’t believe these cons outweigh the pros, but we’ve listed them here so you can be as informed as possible about the different headset options on the market:

The biggest issue we've seen with the Rift S is that it’s not compatible with HDMI - only DisplayPort. 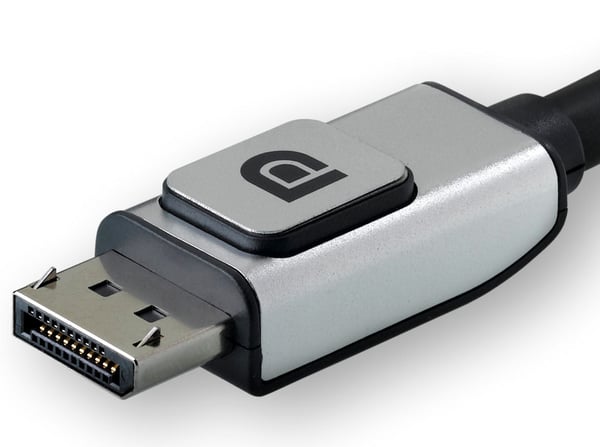 For laptops that only feature HDMI video outputs, this can be a real issue. Unfortunately, as of now, using an HDMI to DisplayPort adapter is not a working solution.

Fortunately, there’s currently a laptop on the market that’s perfect for the Rift S and other PC-based headsets (like the HTC Vive Pro). We recommend the Razer Blade 15 for this particular use case. Read more about our recommended VR desktops and laptops here.

In general, the Rift S’s built-in tracking capabilities are a huge step up from the external sensor setup the original Rift required. However, this new system does come with certain caveats.

For one, it doesn’t track especially well in low-lit conditions.

In addition, the Rift S’s inside-out tracking technically doesn’t cover an entire 360-degree scope around the user (like an optimized, 3-piece external sensor setup might). While for the majority of VR experiences this doesn’t pose an issue, certain games could run into problems due to this lack of full-spectrum tracking.

The last potential con of the Rift S is its built-in directional audio system.

However, the Rift S’s directional audio is a positive step for more collaboration-based uses of VR, such as model review meetings. That’s because it allows for the VR user to interact more easily with collaborators who might not be wearing a headset.

In addition, the Rift S has 3.5mm headphone jack, allowing you to plug your own headphones in if you prefer a more isolated audio experience. All in all, the Rift S's audio setup is solid - especially when compared to the Rift's headphones, which some users reported falling off and causing other difficulties.

Though we appreciate the physical redesign of the Oculus Rift S in general, it is worth mentioning that it’s slightly heavier than the original Oculus Rift. It weighs in at around 560 grams (1.2 pounds), while the original Rift weighed 470 grams (1.0 pounds).

For long in-VR design review sessions, this could be an issue - though it should be noted that our team hasn’t experienced difficulties so far.

The Oculus Rift S: The Next Step for Desktop VR

Taken as a whole, we love the Oculus Rift S. While there are certain trade-offs that come with any new headset, the Rift S is overall an exciting step forward for the Oculus Rift line - and for computer-powered virtual reality in general.

Have you gotten your hands on an Oculus Rift S? If so, what do you think of it so far? Let us know your thoughts in the comments!