Based in Northern Ireland, Kane, is a leading mechanical, electrical, and plumbing (MEP) contractor that specializes in public health, prefabrication and fit-out projects. Kane delivers projects within the residential, hospitality, education, commercial and healthcare sectors. Using Prospect by IrisVR, Kane coordinated and visualized one of their most unique projects—Claridge’s Hotel, London. The team completed a full MEP installation including design and prefabrication of a £12 million energy center 5 floors below ground level.

The Claridge’s Hotel is an art deco landmark; as one of London’s most prestigious hotels, it caters to royalty, movie stars and global dignitaries. The hotel wanted to build new luxury suites on the roof, but the MEP plant was already situated there. The challenge for Kane was to emit the risk of any disruption to the live hotel and integrate the new mechanical and electrical systems with no disruptions within a very confined site. As such, off-site fabrications were key to project success.

The undertaking started off as a tunneling project, with the initial work completed by the London-based McGee Group, who put in five levels of basement underneath the hotel. Once the substructure was complete, Kane was appointed to design and coordinate the full MEP installation of all 5 floors, and connection to the existing M&E risers at the back of the hotel. The first thing the Kane team did was a point cloud laser scan of the entire space, to make sure that everything that they would be prefabricating would fit. The point cloud model ensured that all building tolerances were taken into account when modelling all of the prefabricated elements. The team went on to use Prospect by IrisVR to create a virtual mockup of the entire project. 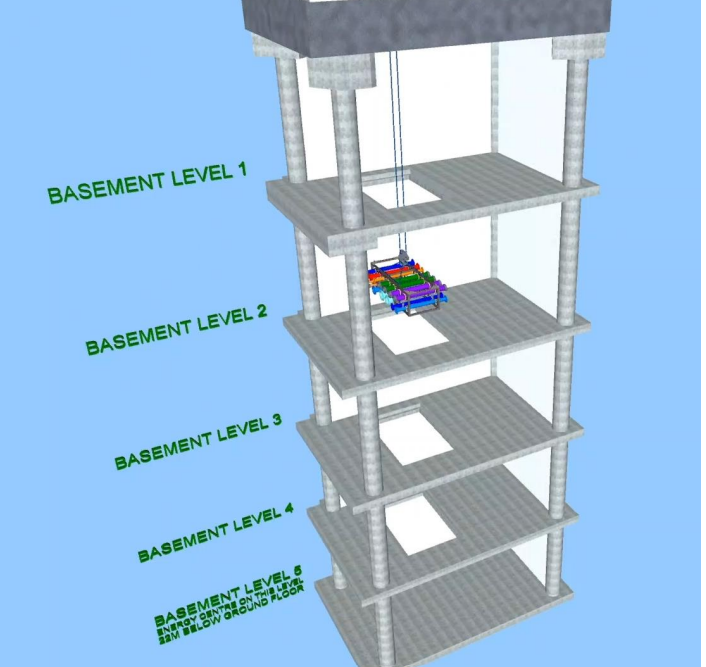 High level of accuracy
“While we were getting started on the Claridge’s Hotel in 2019, that’s when I became aware of Prospect. Virtual reality (VR) drove us to up the standards of our Revit models. It made us think about how we can make our BIM model a true 1:1 representation of what we’re actually going to put in,” said Gary Cowan, Kane’s Head of Digital Construction. “This really helped drive the switch over to prefabrication in Revit for us. Previously all of our prefabricated elements were designed in AutoCAD MEP. Moving the prefabrication team to use Revit allowed us to be able to draw it at a high level of accuracy in the fully federated model and stand in the project in VR.” 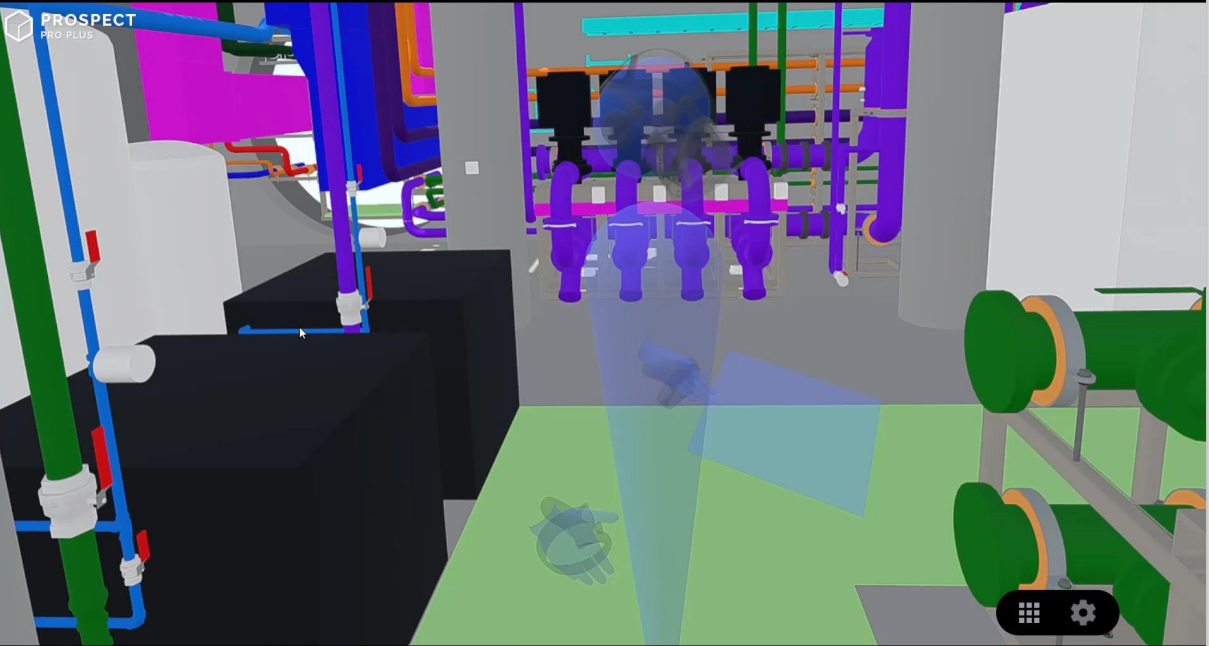 Among the complexities, the project required about 13 kilometers of pipe at 10-12 inches in diameter that all needed to be lowered into the workspace underneath the hotel. However, prior to this, the building team was able to walk around the model in VR to see how it should be built before the pieces arrived. According to Cowan, because it was all prefabricated, it was almost like putting it together like a big Lego set. 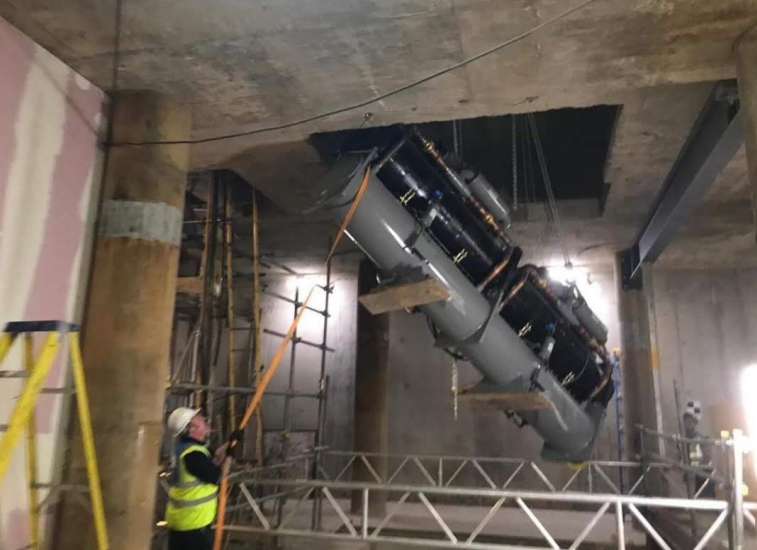 There are limitations to looking over details on a 2D screen. Putting on a VR headset and standing in the model can be a game changer. “Most of our senior management team used to be all site-based, and not proficient in modern 3D BIM systems” Cowan shared. “Being able to put them in a VR headset and have them walk around a model, QA it, and create issues, and then get that back to the BIM team to be able to make changes, without the necessity of the technician losing work time helping navigate the model, is futuristic.”

Dedicated VR room
Kane set up a dedicated VR room on the property of the hotel for the site team in London. At the time they used Oculus Rift S headsets to coordinate the project and work with additional team members remotely.

Based on what the team was working on, they could highlight a few sections at a time as a VR export, so when the sections arrived on site the building team would already know exactly where things needed to go, the route they would be taking through the plant space, and how they should place them. This proved invaluable, as they were working under tight specifications.

"The team had already seen the project in their mind’s eye with the help of Prospect and the VR headsets. They were able to do the work twice as fast,” says Cowan. “You can read a drawing or look at a picture, but once you’ve actually seen it at 1:1 scale—there’s just no comparison.”

“Most of the time clients don’t get an idea of the outcome until very close to the end of the project. We were able to satisfy the Claridge’s Hotel team very early on and provide them a virtual version of the finished product, so they were able to walk around and inspect the space,” Cowan explained.

If the Kane team tried to build the new hotel MEP without implementing emerging technology, they might still be building it today. “It took about 18 months for all the floors to be built. It probably would have taken 2-3 years to build it in a traditional way,” Cowan said. “We used an amalgamation of a lot of processes and tools, but Prospect was very much a key part of the success of this project. We now use Prospect on all of our projects, and it has proven itself to be an invaluable tool for us. Autodesk's recent acquisition proves that this tool will be the future of model reviewing, and I look forward to seeing the product evolve over the coming years.”

Prospect by IrisVR is the easiest way to bring BIM models into VR for design review and coordination. Our team of specialists are here to help.