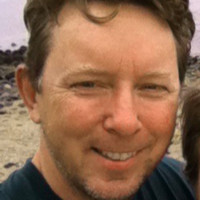 Find me on:
LinkedIn

“Rising complexity in project design and sustainability goals has catapulted digital tools to the forefront of the AEC industry."

The Tech+ Virtual Conference was live online last week, inviting industry leaders to discuss the inevitable and accelerated digital transformation of the built world, along with the strategies and tools that can help drive positive change. Tech+ conferences are devoted to the latest developments in AEC technological innovation and offer a refreshing look forward to help inform what AEC sets in its sights today. The keynote explored the challenges and opportunities that this new digital era for AEC is ushering in. Arup’s Director and Digital Services Leader for the Americas, Fiona Cousins, commanded a thoughtful, strategic perspective for a changing industry.

Fiona Cousins has been an influential voice in the industry for years, co-authoring Two Degrees: The Built Environment and Our Changing Climate and providing forward-thinking considerations for the built world at large. In her keynote, she shared some insightful observations about the state of AEC today, with people’s responsibilities shifting and technology filling new roles.

There’s a growing load on designers’ shoulders as they take on many coordination responsibilities that were previously handled in the field, while diving deeper into the details of a project than ever before. The expectation for designers to do more and in more detail is a daunting task without modern tools and technology. Today, enterprise VR coordination software enables an entirely new kind of design review meeting in which designers and engineers can immerse themselves in the building designs - seeing more details than was before possible and at true-to-life scale. This drives incredible efficiency, giving meeting participants from a different departments an understanding of the space that used to only be possible after physical buildout was well underway. Decisions are made faster and errors are caught earlier, as people see and interact with the space around them.

Fiona also touched on how computer simulations are increasingly important in the industry, like other fields. Simulating real-world environments and conditions is a significant addition to the building process. It frames building models within the context of a multi-layered simulation of reality, demonstrating the effect of external forces on the building design - something never before shown with data-driven accuracy. For example, VR software for AEC helps teams visualize how natural light will play a role in their designs at different times of year with daylight simulations for a specified location.

A New Era of Technology-Enabled AEC

The AEC industry is deeply embedded into economies around the world. Even in the wake of a pandemic, building has not stopped and the projects keep coming - the industry has seen a rush of immediate needs for new testing facilities and other COVID-19 response efforts. A Tech+ panel of women AEC leaders talking about Breaking Ground: Advances in Construction and Project Management made note of the sheer size of the AEC industry. Did you know that AEC generates over $1 trillion in bookings every year with a workforce of 7 million? It’s aptly referred to as “one of the bedrocks of the American economy” and such a high-impact industry also stands the most to gain from technological advancement, especially in the way of economic and environmental efficiencies. The ecosystem of AEC technology is growing rapidly, especially the enterprise VR arena. As more realize that VR for AEC is such an obvious and advantageous fit, the industry’s innovators are fast at work equipping builders with the tools to simulate physical reality in virtual reality, empowering them to build our world, even better.