Microsoft has announced the launch of five new mixed reality (MR) headsets produced by their partners Acer, Dell, HP, Lenovo and Samsung. Powered by Windows 10, these mixed reality experiences will be infused with AI, Windows apps, speech and gesture recognition, and are all compatible with Windows Mixed Reality. The Windows software and MR headsets are available now at various price points and are compatible with Prospect.

Though all of these new headsets are technically VR headsets, framing them as “Mixed Reality” positions Microsoft well for future developments.

Windows 10 Mixed Reality provides a new take on creativity and entertainment in the virtual world. To get started, users need to update to the latest version of Windows 10, plug their headset into their computer, and launch. Early reviews say these have some of the fastest setup times on the market (especially compared to the HTC Vive and Oculus Rift).

The Windows virtual experience begins at your “Cliff House,” a customizable home portal equipped with apps and decorations easily accessible on the walls of your home. SteamVR content, Windows apps, and an entertainment center are all part of your home base. Using technology like gaze recognition and Cortana AI, Windows Mixed Reality answers all of your questions and follows any demand. Microsoft MR will also work with AltSpaceVR so families, friends, or business partners across the globe can connect in one virtual location.

What's New With These HMDs

Every MR headset supports the Windows controllers (connected by Bluetooth) to offer smooth interactive capabilities. All headsets include 1440x1440 displays, 105° field of view, inside-out-tracking, and refresh rates of up to 90 Hz. Below are your options:

This MR headset features a flip-up visor so that you can view the real world without taking off the headset.

You can grab this headset for $349 without controllers (or $449 with controllers). The Verge’s review says it’s more comfortable and adjustable than some of the other headsets in this release. It also features a flip-up visor like the Acer Windows Mixed Reality Headset.

The HP Windows MR Headset includes Motion controllers and can be purchased for $449. 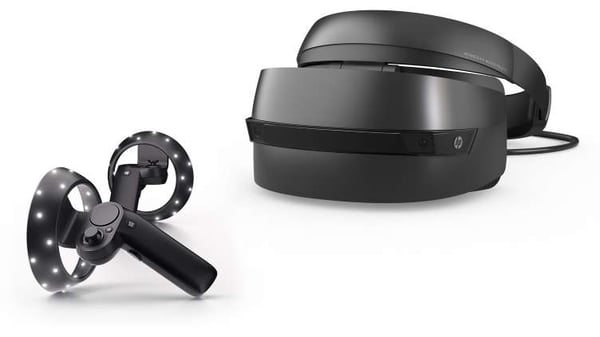 Reviews say that this headset is incredibly light and comfortable. It’s also one of the more affordable options, coming in at $399 (including controllers).

The Samsung Odyssey is available for $499. 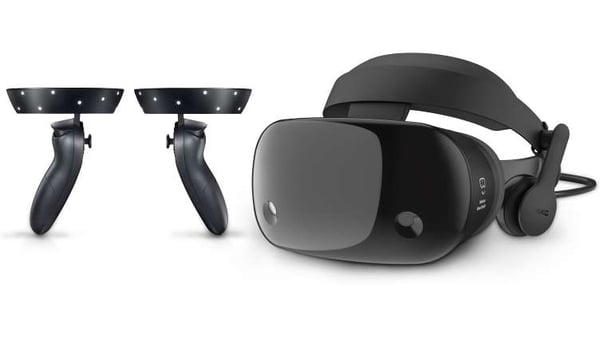 Why This is Exciting

These headsets are setting a high bar for second generation VR. With a debut price more affordable than current first generation headsets, these five HMDs are pushing the industry towards more widely-accessible virtual reality experiences. Features like inside-out tracking and automatic Windows integration make entering VR easier and more convenient by eliminating the need for extra sensors and reducing the hassle of downloading drivers. With more brands entering the immersive computing space, the reach of VR will continue to grow allowing more users to join the virtual world.

We’ll update this post as time goes on with our thoughts and observations about these headsets, and we’d love to hear about your experience with them as well. Let us know your thoughts in the comments!