Update: you can learn more about our SketchUp workflow in this blog post.

I've received a number of emails from folks requesting the PC hardware specs required to run our app, and this seemed like a good opportunity to crunch some benchmarks on the machines in our office! Hopefully this post can illustrate why there is no "one-size-fits-all" PC for VR; frame rates and load times are going to depend heavily on the flavor of 3D file you work with.

For these benchmarks, I'm using three SketchUp files directly from the SketchUp Warehouse. They each vary significantly in polygon count and allow me to test different variables (component instancing, dense mesh, inverted normals, etc). You can find download links here: 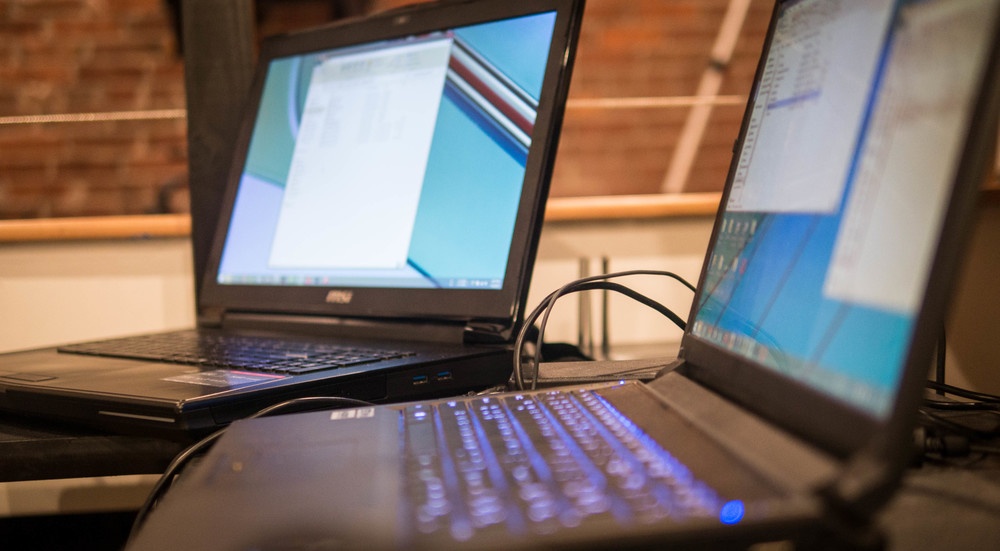 The smallest SketchUp file (the Shuttle) was producing ridiculous frame rates (250 - 850fps). Currently, our app uses all available GPU computing power which is why this low polygon file has the largest frame rate range compared to the other two. This is also something we plan to fix in a future App release - there's no need to render more than 75fps (the refresh rate of the DK2).

More relevant to most users, however, is the performance of the Sager and Mini PC. I'm happy to report that both the GTX 750ti and GTX 870M stayed above 75fps while running these three files. Although there isn't much breathing room to render additional geometry beyond what was shown in the Ruby Tuesday file on these lower-end cards, they still offer a smooth experience in the DK2. (As Iris works on optimizing geometry for VR, these graphics cards will have an easier time rendering large scenes, and our users will see performance increases across the board.)

Looking at loading times  - all four PCs booted up these SketchUp files within 10 seconds of each other. Right now the loading is done on a single core, which explains why the 3.4GHz Dual Core processor could beat out the 3.2GHz 6-core processor, even though the latter is $450 more expensive. 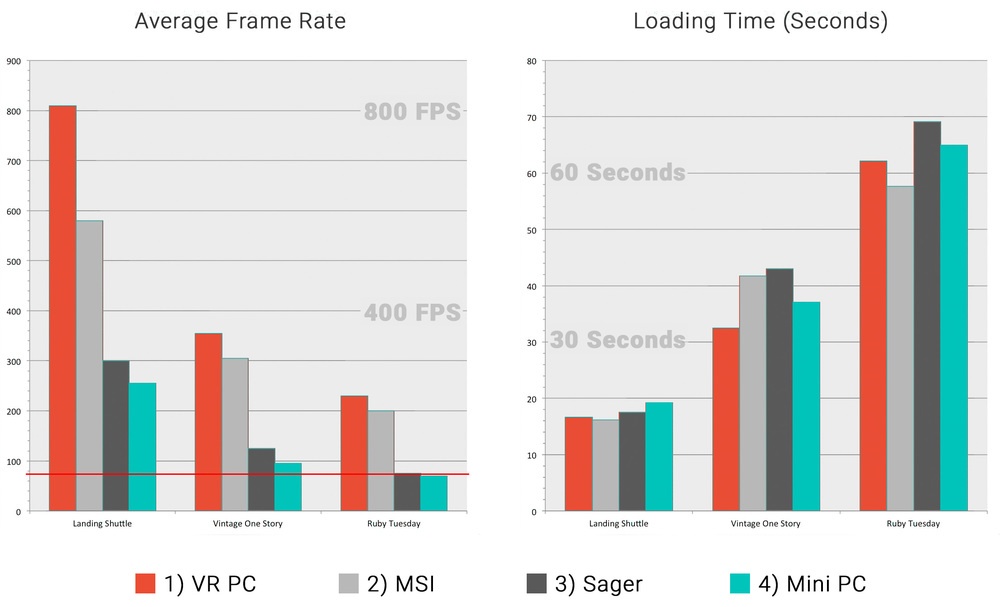 Moral of the Story

If you're buying a PC for VR, save some money on the CPU (a current generation i5 should be fine) and instead in invest in a decent gaming GPU. Although these cards tend to be a little more brute force than their Workstation cousins (aka Quadro), they're an order of magnitude cheaper and they perform many CAD tasks quite well. Please comment below with any questions, and I'll try to update this post a few more times with additional benchmarks for the Mac users out there.

Want to give it a try? Start a Prospect trial today.